Recently, Alex and I took a weekend trip to the Olympic Peninsula in Washington! The getaway, while short, was packed with a day of adventures, and we had a blast exploring some spots in the Olympic National Park for the first time.

The weather was surprisingly fair for March. We got some peeks of sunshine which was so pleasant after a long, rainy winter in Seattle! Plus, it was great to have a change of scenery after working from home in our apartment for what feels like an eternity.

We had been planning this trip for a few months, but after a snowed-in Saturday in February (where Alex’s car may or may not have gotten stuck coming back from the grocery store that morning), we had to postpone it at the last minute. I’m so glad we could go when the temperature was a bit warmer, especially since driving around mountains in winter could have ended up being a difficult time.

Our “home base” for the weekend was an Airbnb in Port Angeles, around 2½ hours from Seattle. It was charming—we cooked our favorite empanadas for dinner and got takeout at a local Italian spot the next night. The space was roomy, and the location was ideal for being close to many great sites in the national park!

I took many photos on our trip, and it felt great to get into my natural shutterbug mode. We came back home refreshed and inspired.

I was struck with complete awe as we drove around the winding highway alongside Lake Crescent. It was around 9 am, and the sunlight was hitting the trees on the mountainsides in the most perfect way! The lake’s surface looked so serene, and below the blue sky, misty clouds interweaved with the landscape. I felt entirely calm at that moment—the views and the experience were nothing short of magical.

This was such a cool experience taking in the Pacific Coast’s sights and sounds for the first time! It was a gray morning, which added a dramatic touch to the misty, rocky scenery. My favorite thing to see was the sea stacks on the shore. It was a very Pacific Northwest moment!

We enjoyed visiting the Hoh Rainforest, one of the most popular spots in the national park! The trees along the Hall of Mosses trail were sprawling and spooky, and it was tranquil in many parts of the rainforest. One of the most notable things was how crystal clear the Hoh River was due to the lush moss and greenery. This was a place I felt we could spend hours exploring.

Alex and I loved hiking Marymere Falls! The trail itself was pretty manageable, and the view of the waterfall was absolutely worth it. I especially liked the bridges along the paths, and the forest was thriving and green.

This was one of those trips where the sights along the road were just as interesting as the destinations! We saw many snow-capped mountains, and the landscapes changed drastically within miles of driving. Some parts were clear, and others were wet and rainy, but it was all spectacular.

The Olympic National Park was unlike anything I’ve seen, and we can’t wait to return someday soon. 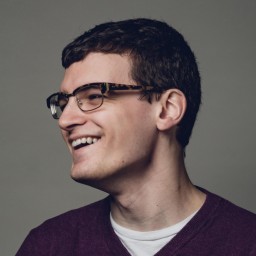